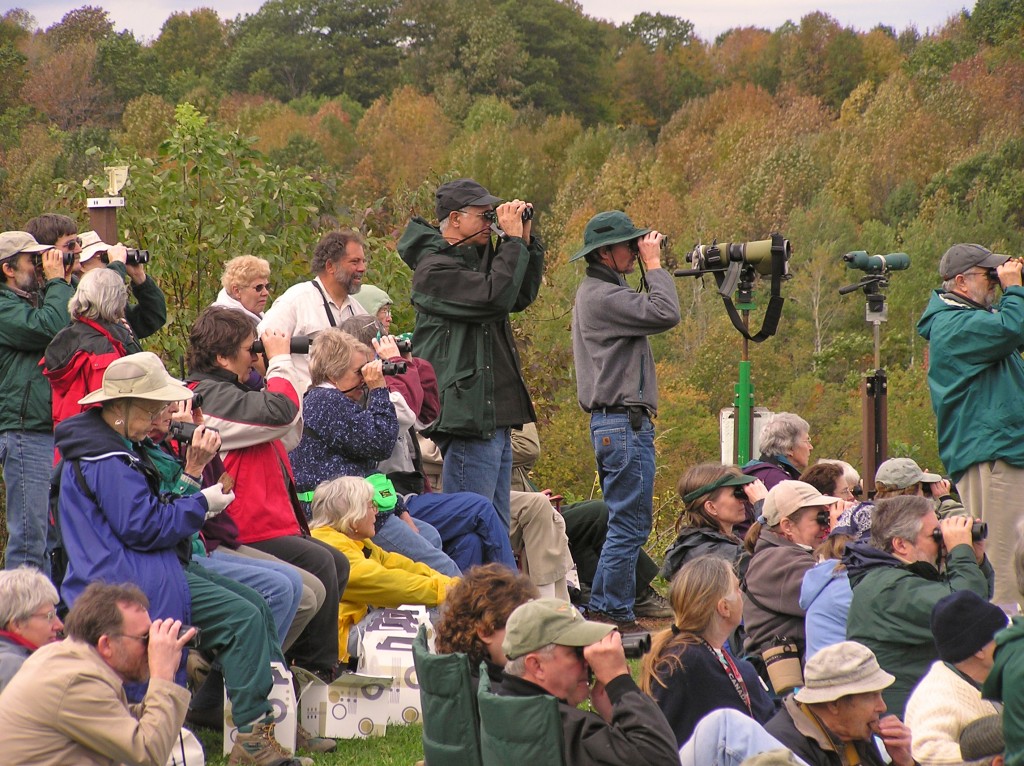 Counting will continue over the next four months, with near full-time coverage for September through November. Our dedicated volunteer counters record thousands of raptors each season. The count for the 2013 season was 4860 birds of 16 different species, 8% below the average since full-time counting began at the site. The middle two weeks of September are particularly productive at the hawkwatch. The great majority of Broad-winged Hawks pass through in this period. This is a species which is often sighted in sizeable flocks or “kettles”.

Franklin Mt. had 1993 broad-wings in 2013, the third highest total in the history of the site, and 40% above the average. This total included 916 Broad-wings on September 19, 2013, a single day record for Franklin Mt. Other species that show in good numbers in September include Osprey, kestrels, and the first wave of Bald Eagles.

Visitors, spotters and counters are always welcome at the hawkwatch. For more information, contact:

Forecasts of anticipated good flights at the hawkwatch are sent out by email a day or two in advance. To receive these alerts, visit www.pets.groups.yahoo.com/group/hawkcast/ to sign up. Daily tallies from Franklin Mt. are also available by email—contact Andy Mason as above.

More information and directions to the hawkwatch at the DOAS Sanctuary can be found at http://www.franklinmt.org.